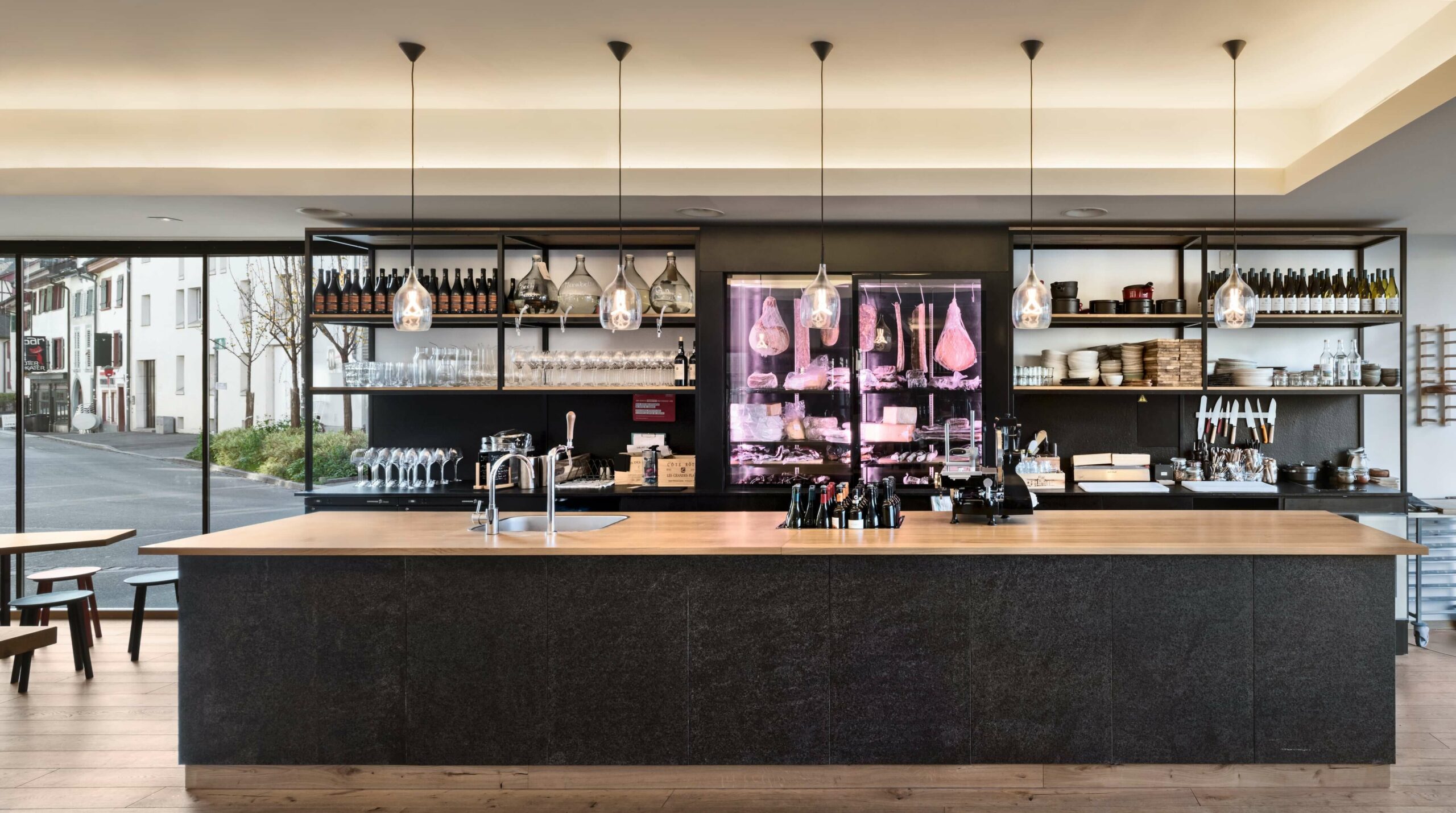 Since its’ inception Ta Cave has built a big community of wine and refined local products lovers around their concept: In exchange of a set fee, each investor becomes a founder of the bar and can enjoy a “free” aperitif for life for her/him and a companion of her/his choice each day when the bar is open. Since the launch of the first bar in Lausanne in 2015 worked so well, Ta Cave core founders decided to open a second location in the vibrant center on Geneva. Potential customers in other swiss cities were craving for the same concept, this is when AUTHOS was approached to design their last location in the international city of Basel.

The brief required an extensive renovation of all the common spaces of the Hotel Balade including the bar, the lobby, the reception and the restaurant. In order to do so, the space has been divided in four distinct spaces, each respective area has its own atmosphere and use during the different times of the day: Ta Cuisine, Ton Salon, Ta Reception, Ton Carnotzet.

The new Ta Cave Basel designed by AUTHOS is located on the right riverbank of the old town of klein Basel, an up-and-coming area which is peaceful during the day and becomes a vibrant part of the city during the night.

We look forward to welcoming you at Ta Cave Basel. 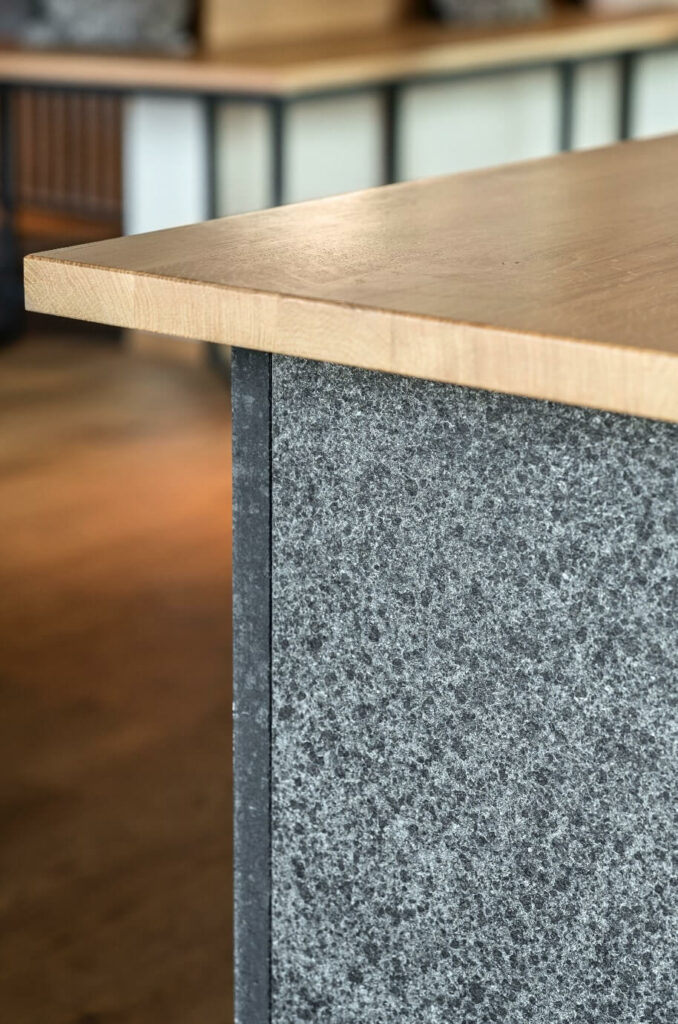 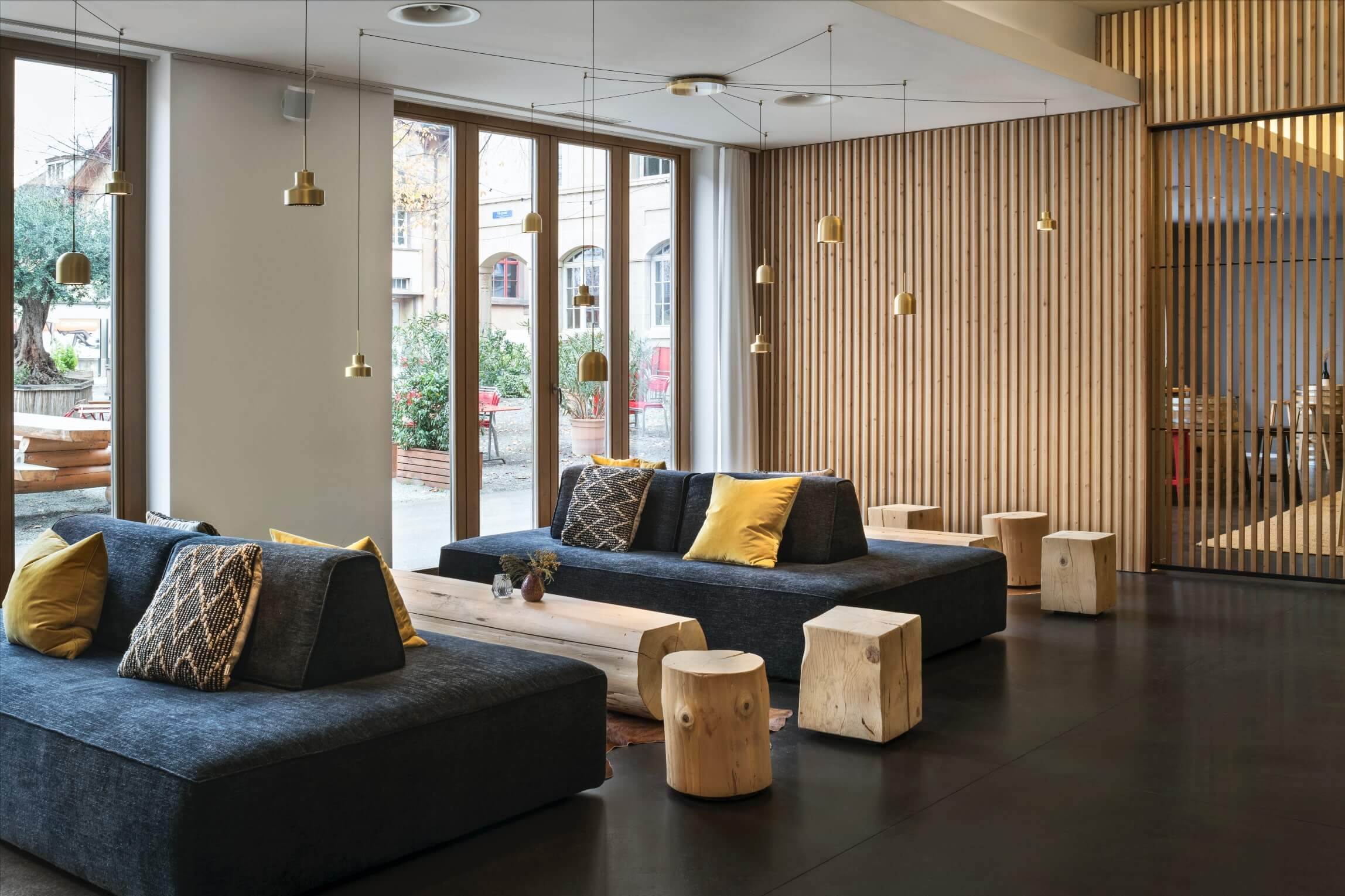 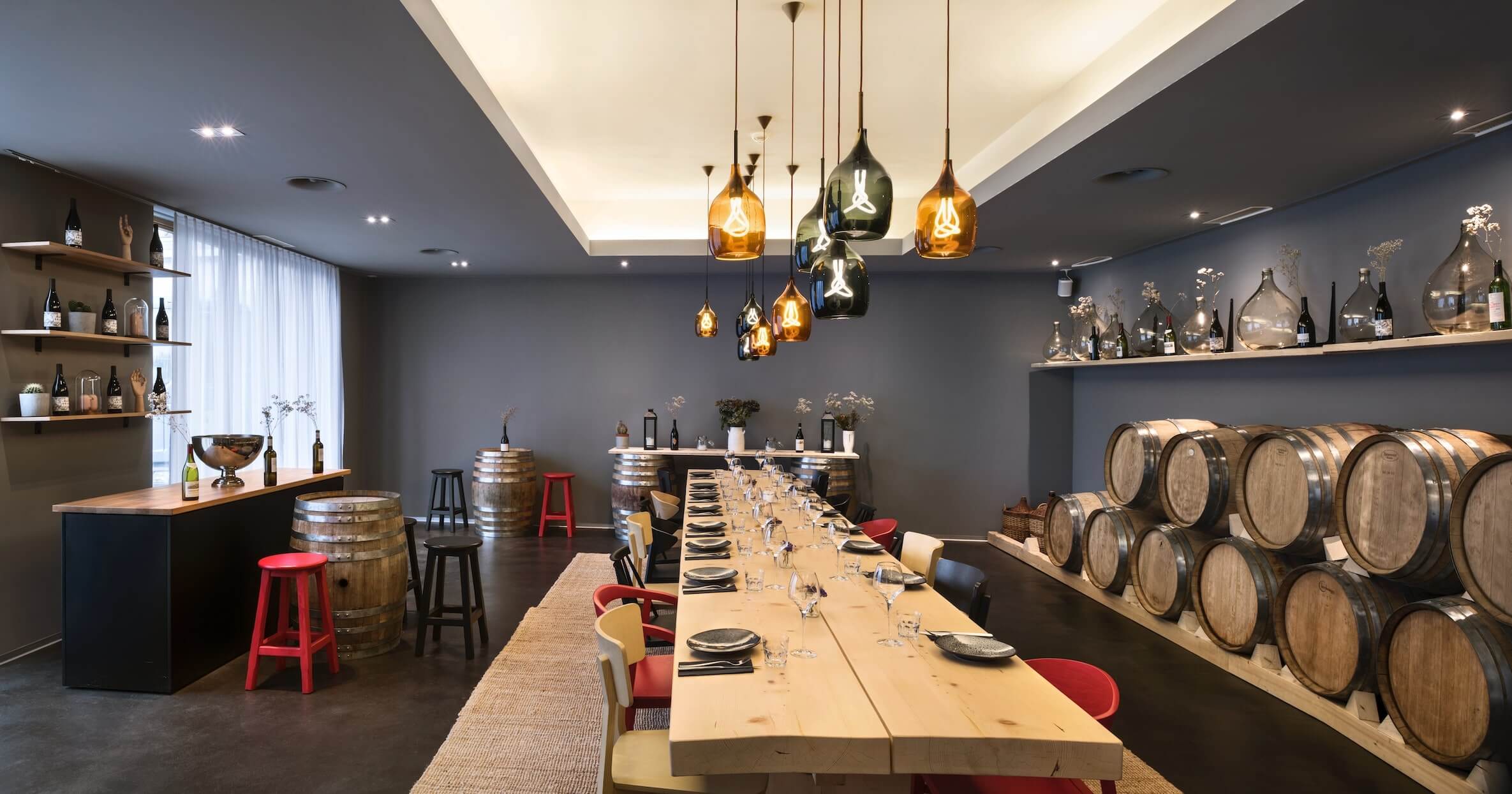 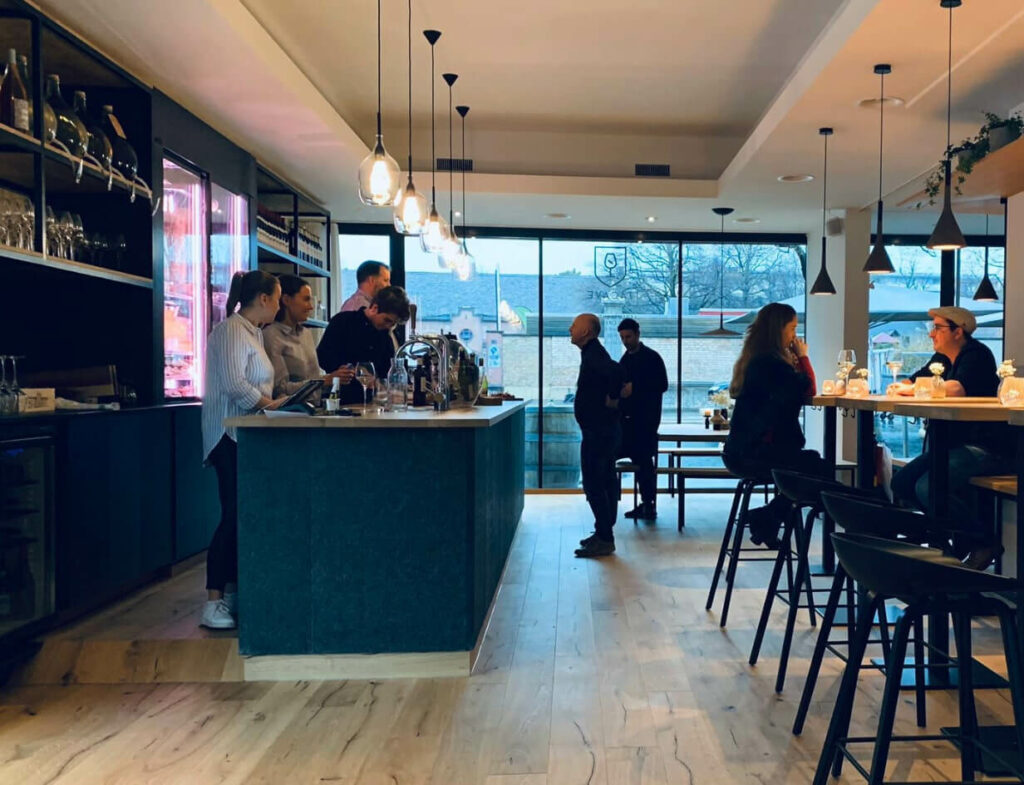 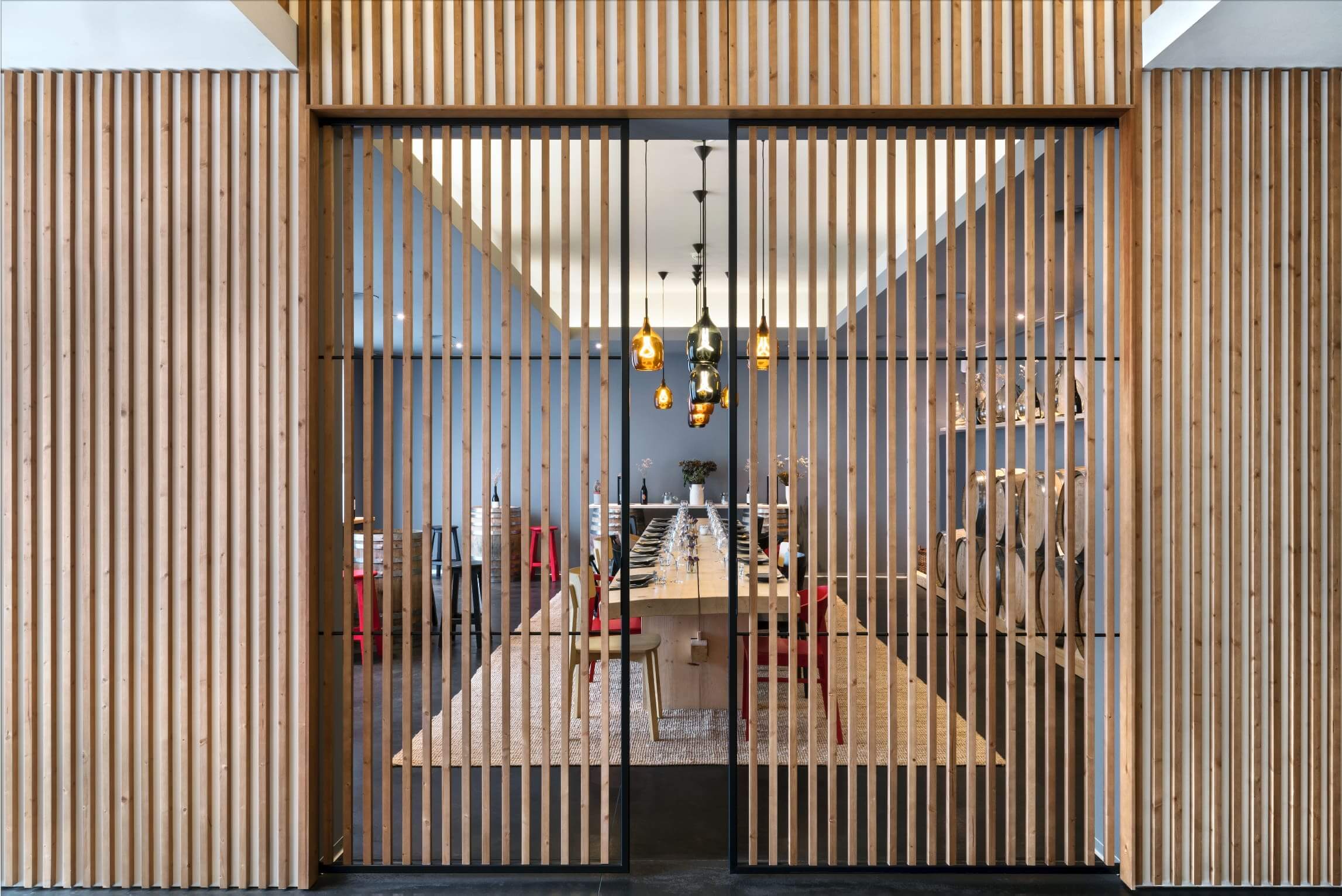 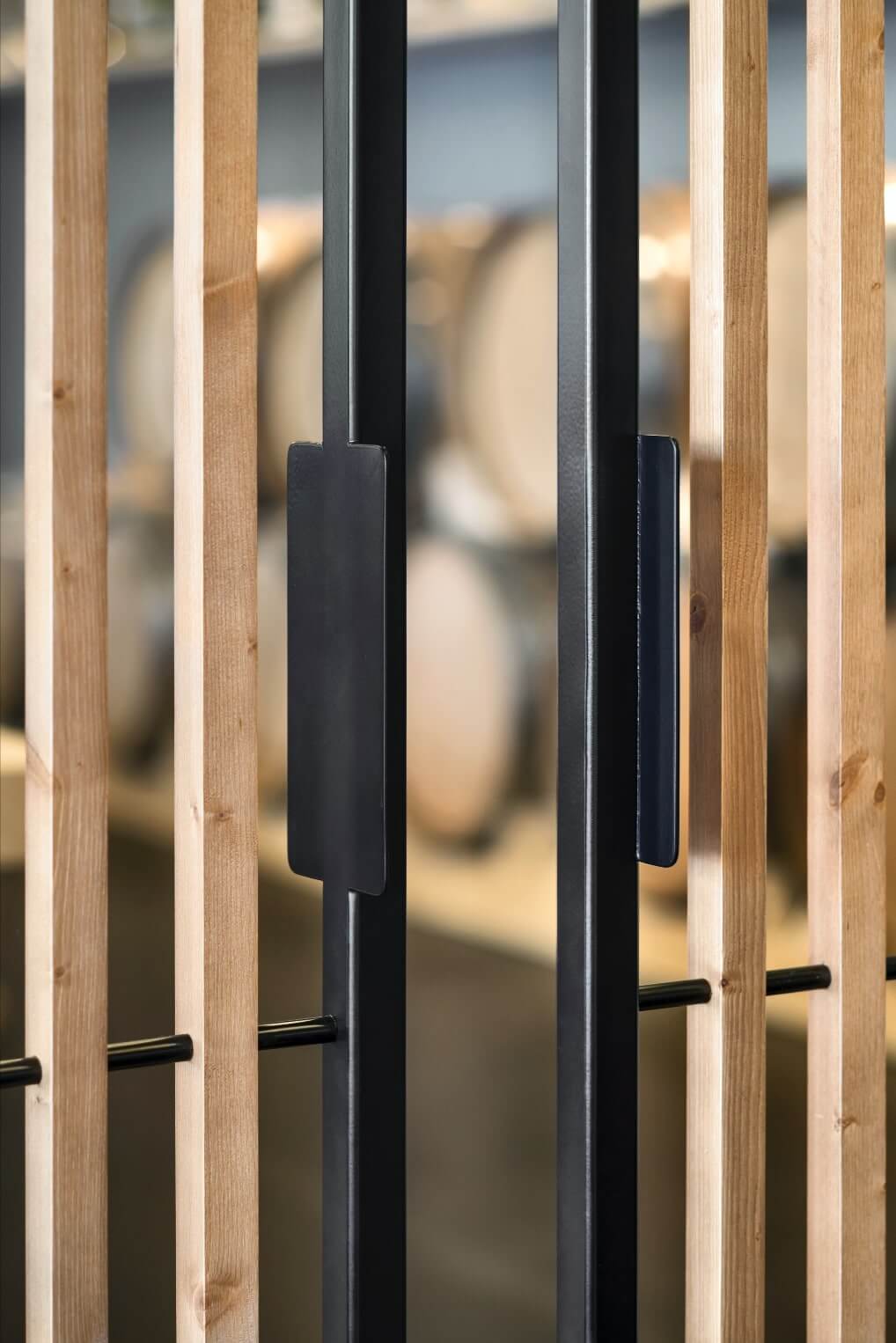 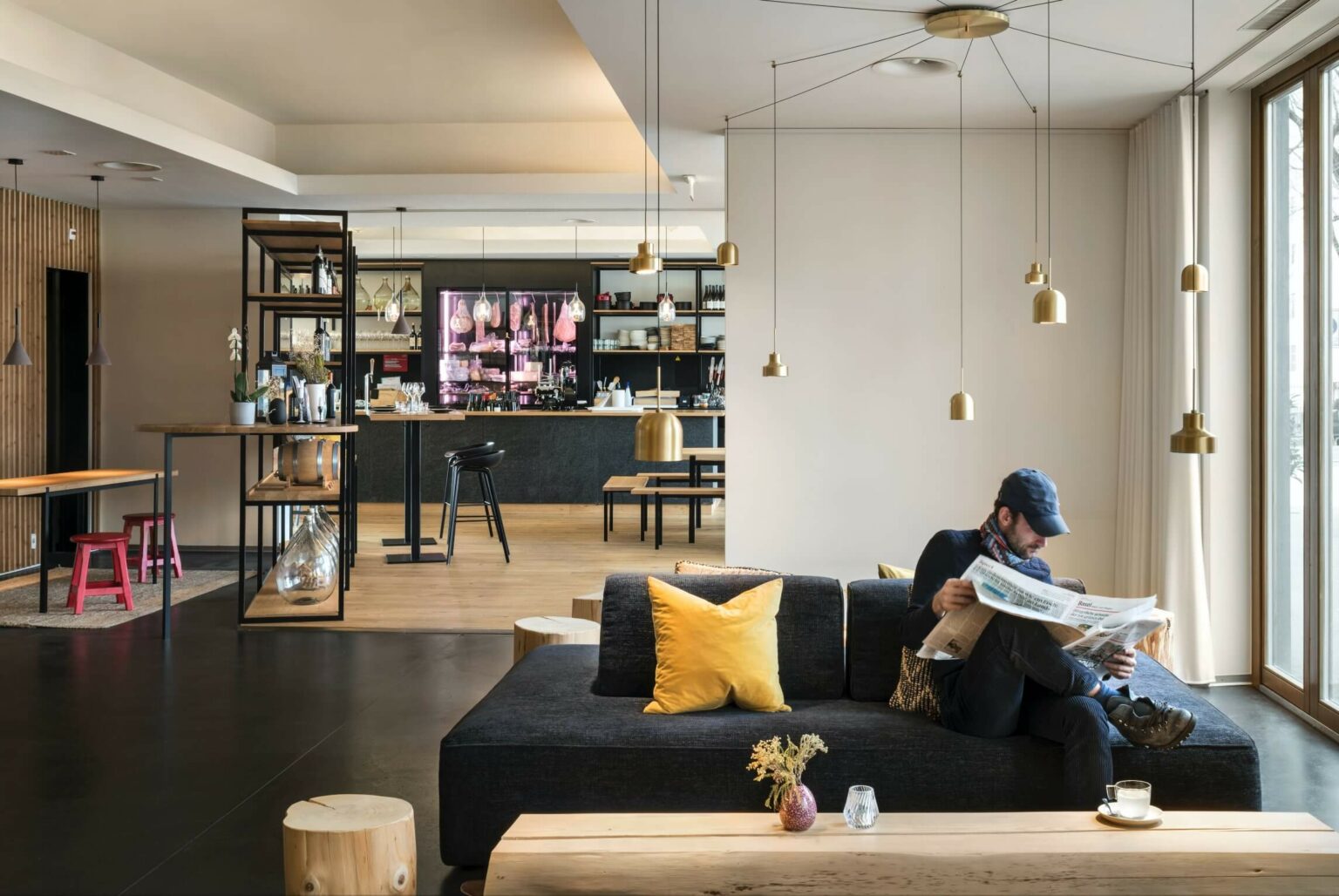 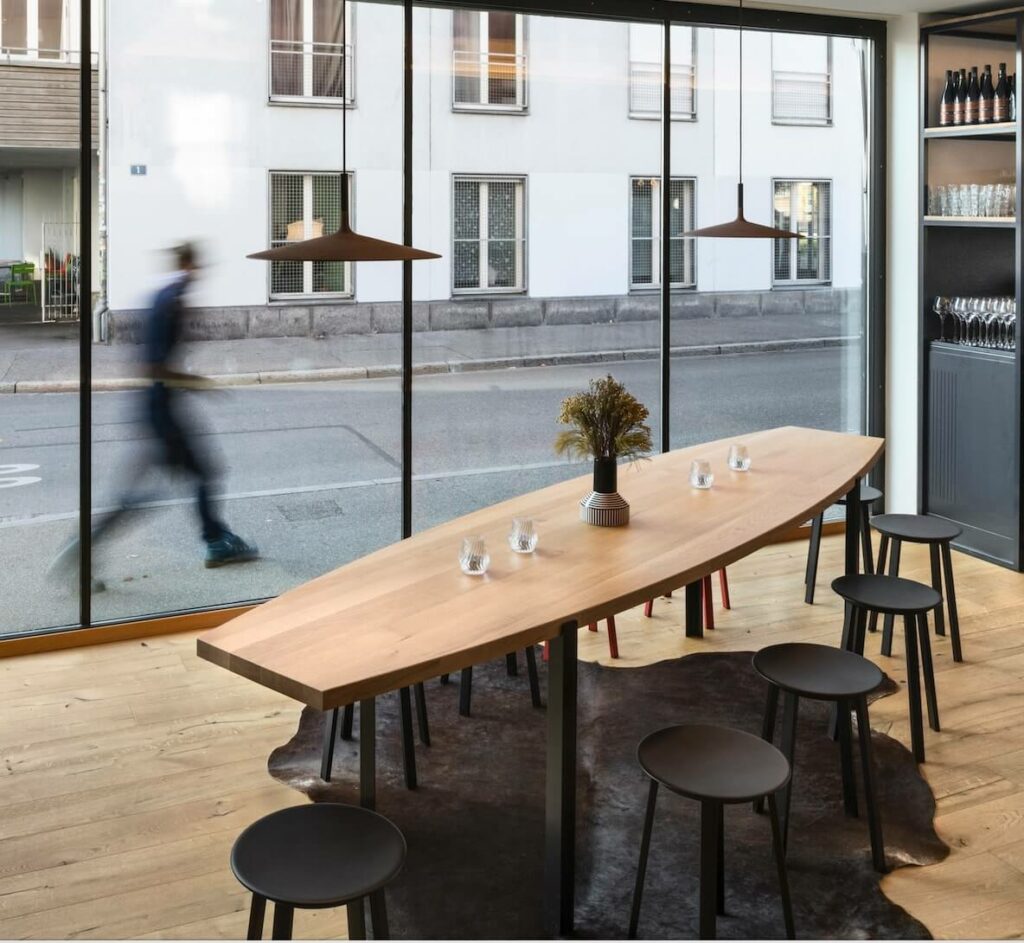 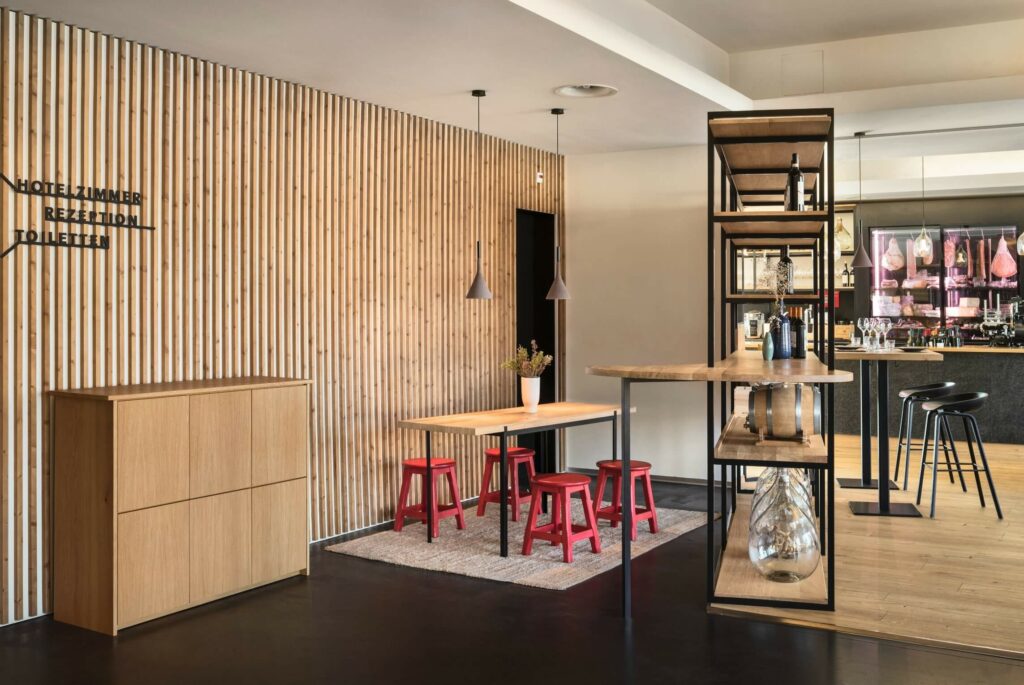 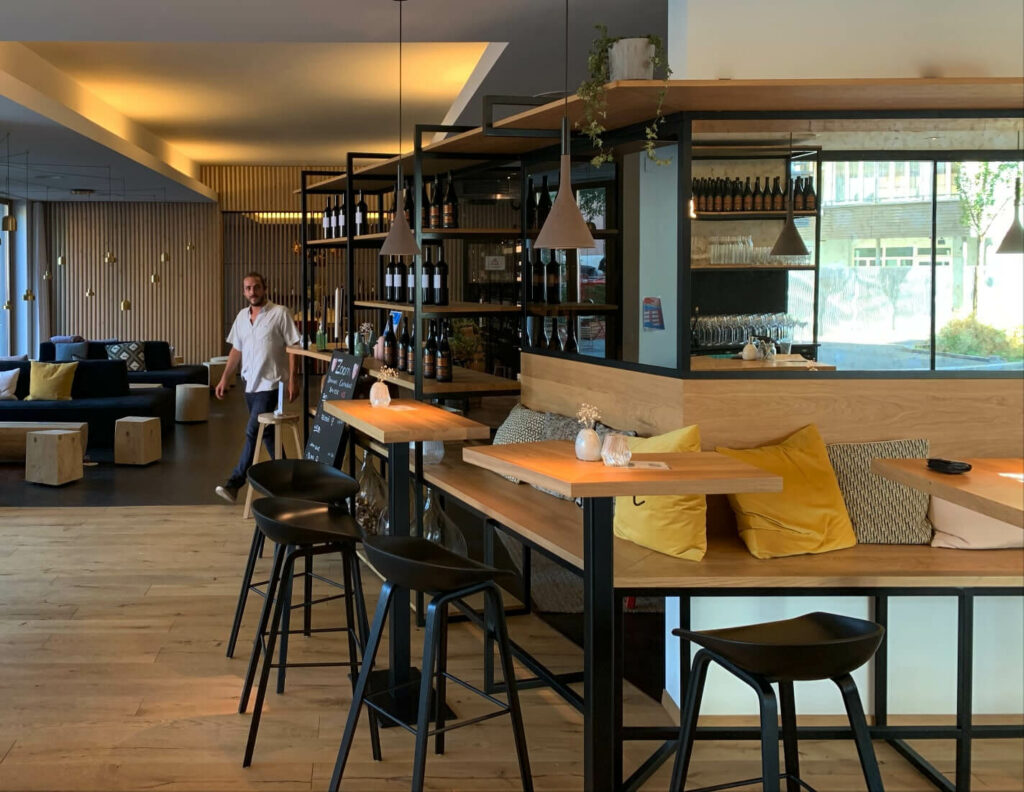 Each space has its own identity

The Bar is the key feature of Ta Cuisine. As the size of the space is twice of what Ta Cave operational team is used too in their two other locations. AUTHOS decided to extend the size of the block to a six-meter-long kitchen bar made from flamed granite and natural oak. It is designed for twofold social moments – joining the bar for social gatherings or enjoying the close feeling one can have with the barman/chef preparing a delicious vegie or salami planchette on the spot. The result of the low height of the bar and the absence of seats around it is an honest yet cozy approach that resonates with today’s young travelers. In the continuity of the bar the oval table design which is inspired by the flat-bottomed boat called “Weidling” sets the tone for social encounter, it creates proximity between strangers and friends.

The lobby of the hotel becomes Ton Salon. At the heart of Ton Salon lies the walk-in cellar, just under 1500 local and international hand-picked wines can be stored in it. The hang-out space combines raw organic materials originating straight from the swiss forest as well as custom pieces of high textile furniture by AUTHOS and handcrafted in Italy. A relaxed area where guests can enjoy comforting timeout by pre-selecting the wines they will taste or by digesting a long day of strolling in the city. 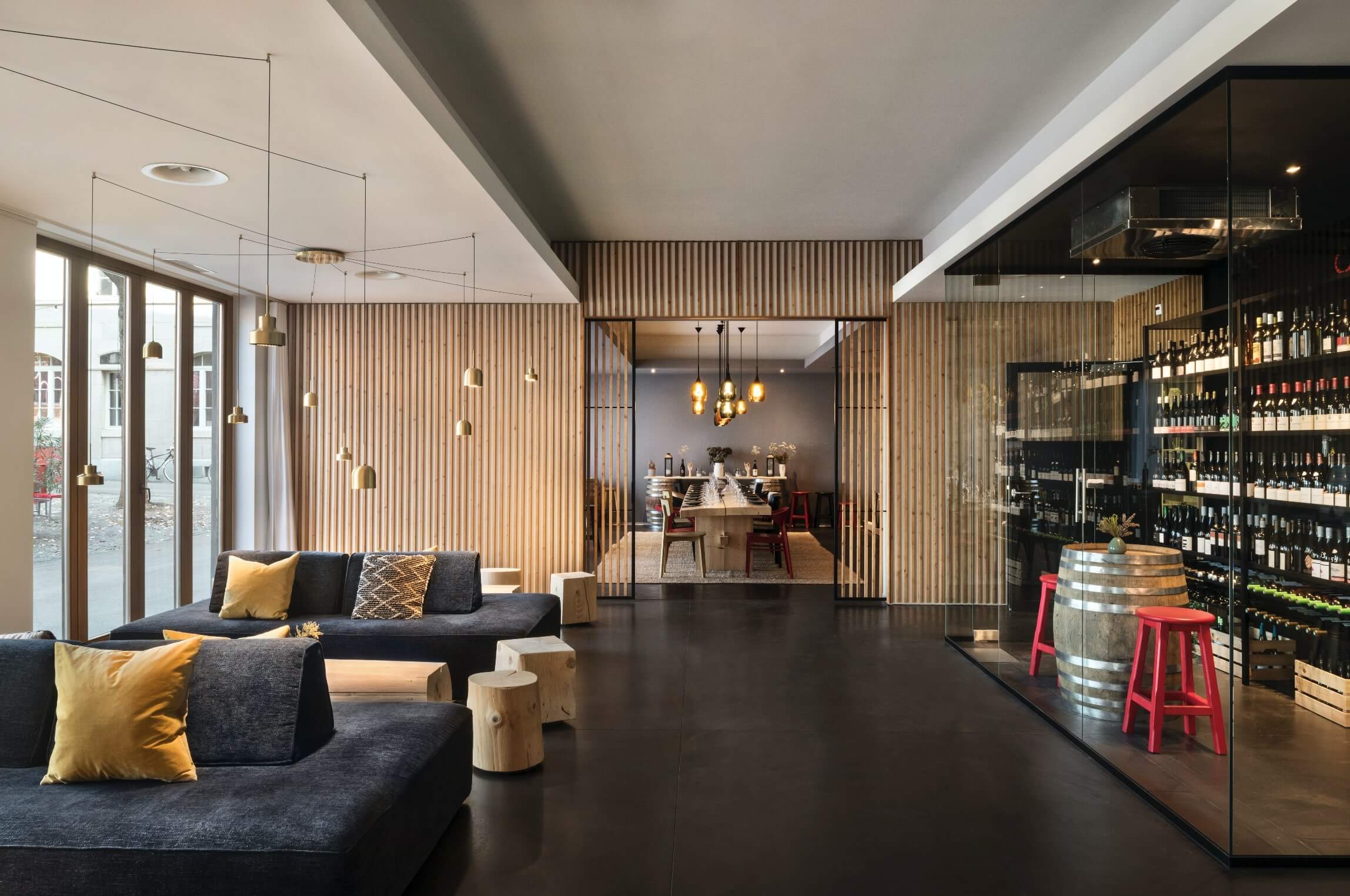 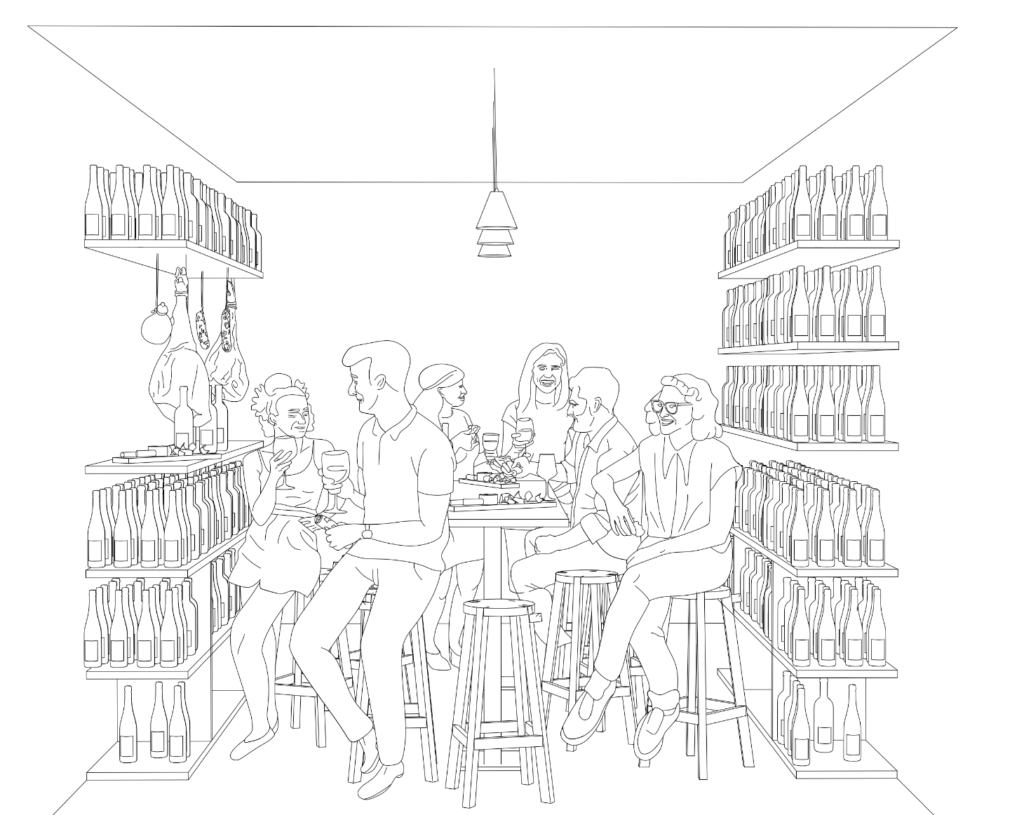 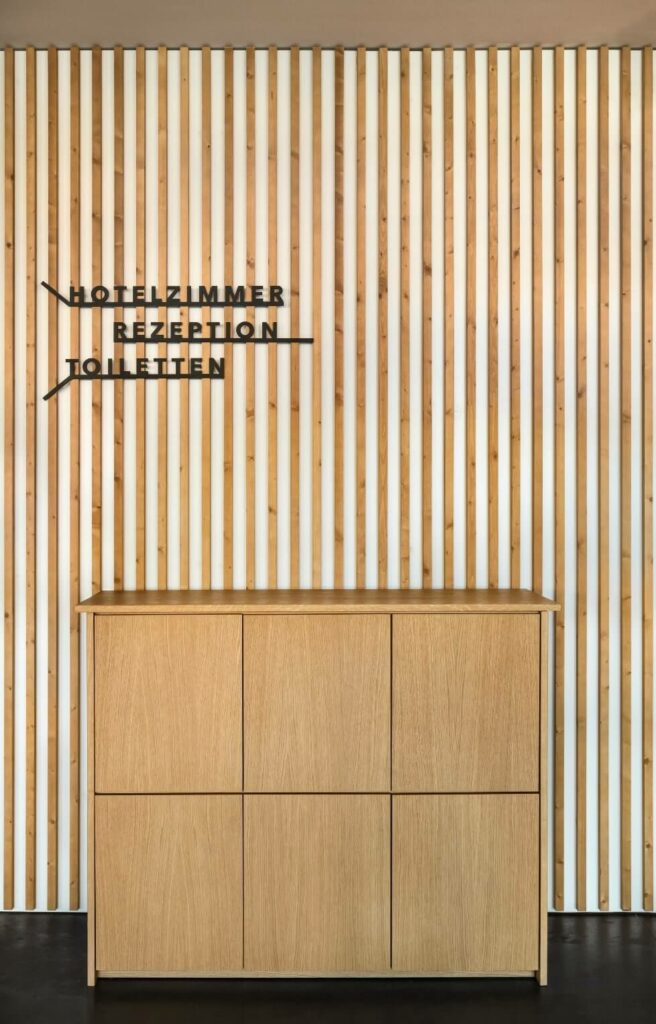 The furniture of the reception becomes the bench of the restaurant

In front of the entrance is located Hotel Balade welcome desk. As the bar and restaurant would no longer be managed by the Hotel but by Ta Cave, the challenge was to have an open reception which would blind into the entire design. When entering the shared entrance of the location, Hotel clients would still have to understand where the reception is situated without compromising the bar’s operations and experience. In order to naturally guide the guests across the space, an integrated shelf was built. It creates a natural flow between the bar and the common area. A spy glass was integrated into the shelf to create the needed intimacy for guest arrivals and departures at the welcome desk.

Ton Carnotzet is the meeting point of the community by excellence. The one piece 6 meters long Swiss pine table acts as the unifying piece of the space. The space can be privatized by closing doors that have a transparency. This transparency reinforces the spatial connection between all the location. 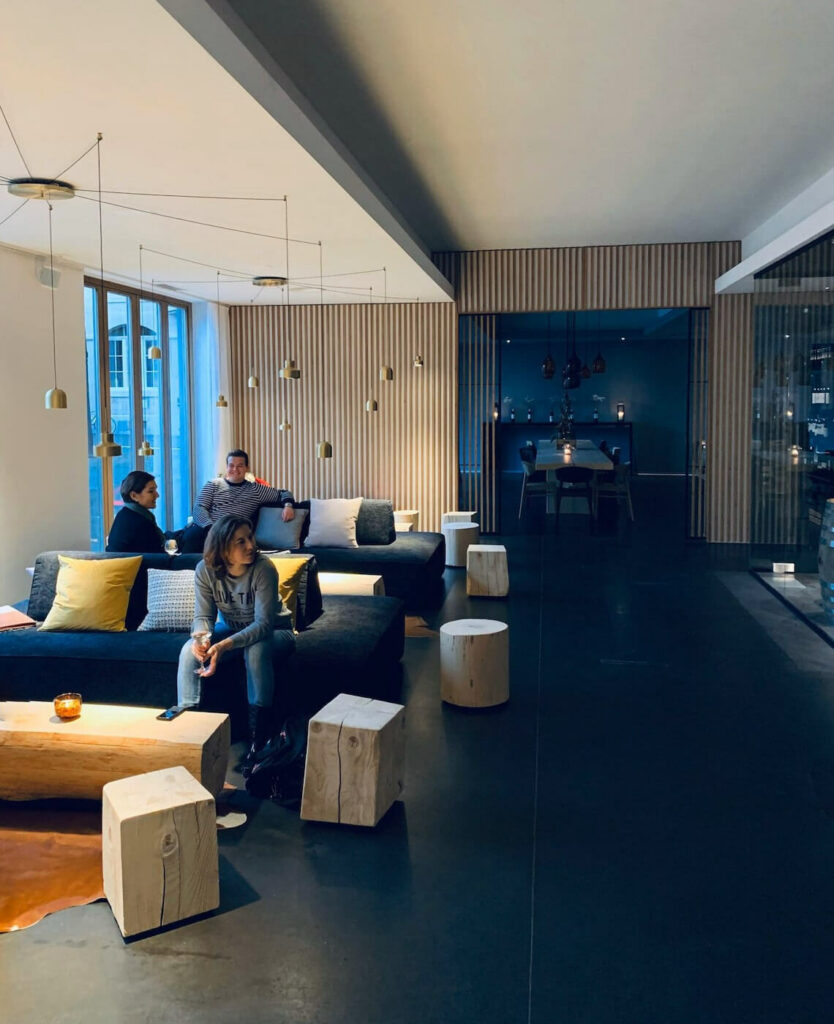 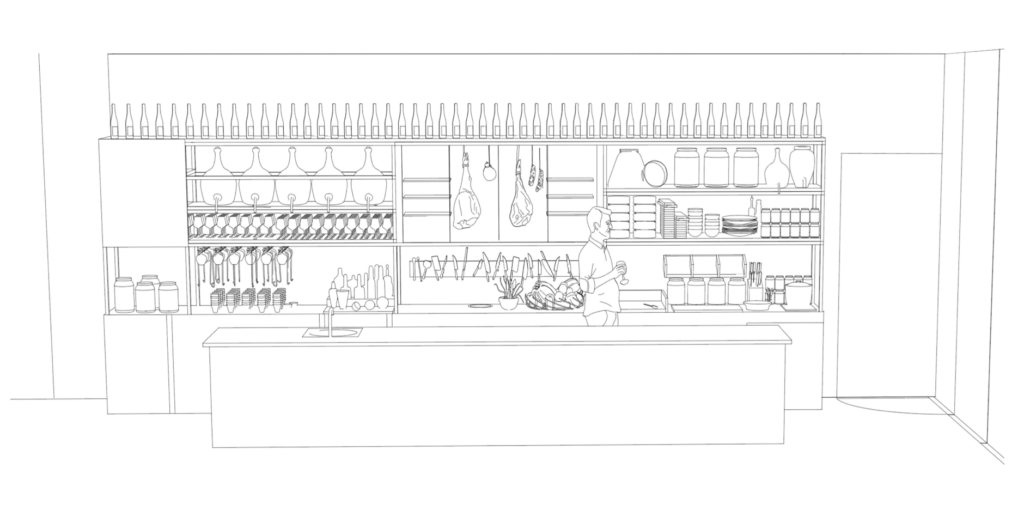 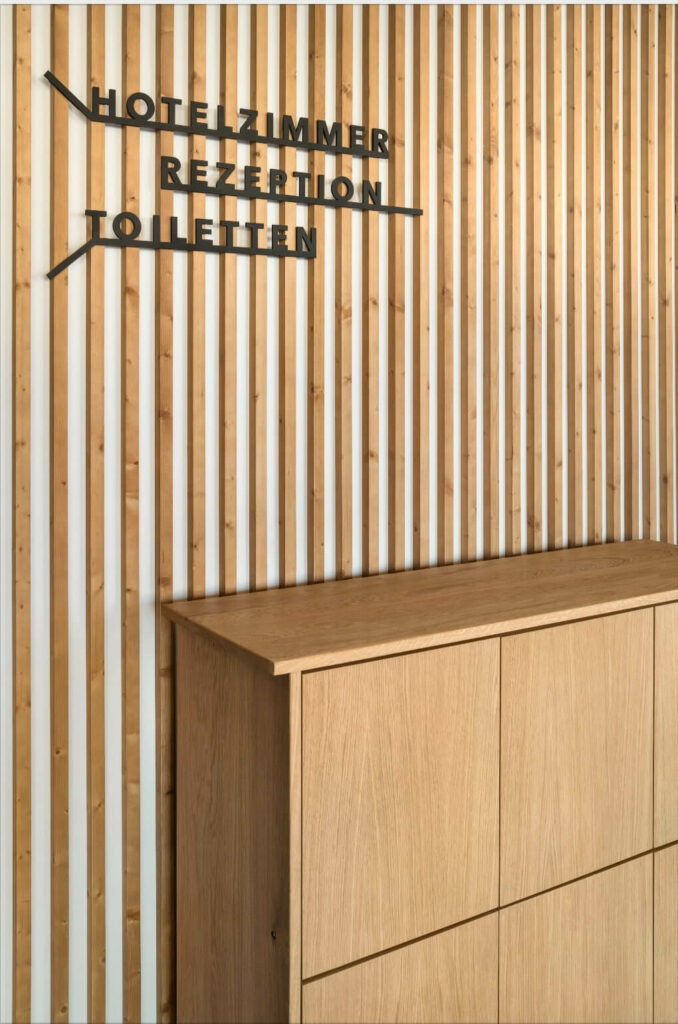 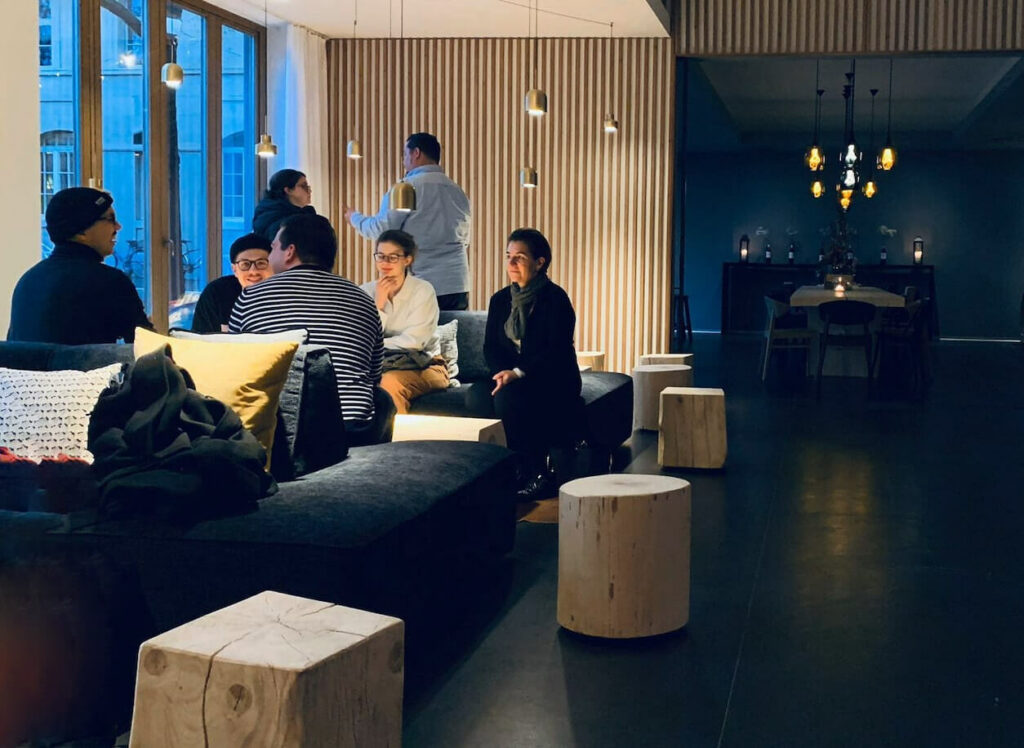